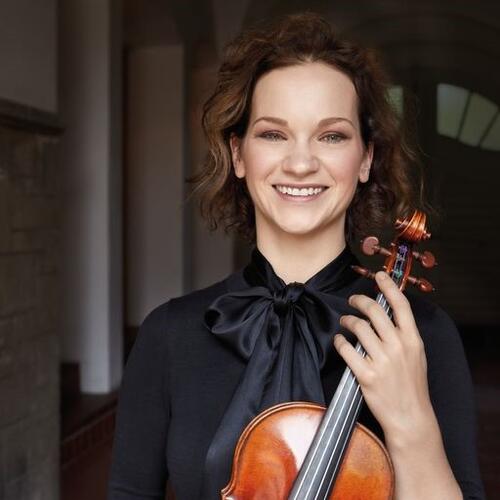 The Head of Timothy Dwight Residential College, Mary Lui has announced Violinist Hilary Hahn as the Chubb Fellow for the Spring 2022 semester.  Three-time Grammy Award-winning violinist Hilary Hahn matches expressive musicality and technical expertise with a diverse repertoire guided by artistic curiosity. Her barrier-breaking attitude towards classical music and her commitment to sharing her experiences with a global community have made her a fan favorite. Hahn is a prolific recording artist and commissioner of new works.  Hahn has recorded with Decca, Deutsche Grammophon, and Sony and her nineteen feature albums have all opened on the top ten of the Billboard charts.  She has won Grammys for three of her albums: 2003 Brahms and Stravinsky concerto album, a 2008 pairing of the Schoenberg and Sibelius concerti, and her 2013 recording of In 27 Pieces: the Hilary Hahn Encores.

Dedicated to making music accessible through her performances and recordings, Hahn has launched several exciting projects such as her #100daysofpractice, using the Instagram platform to inspire musicians of all levels to play and share in their experience of music-making.  In 2019, Hahn donated her $25,000 prize to the Philadelphia non-profit Project 440 in recognition of their outstanding work with the city’s youth to ignite their interest in music and harness music’s potential for individual growth and community empowerment.

This performance is open to asymptomatic patrons with an up-to-date  vaccination status.

Yale-approved masks  are required for all audience members.