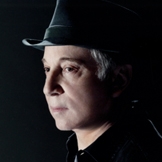 Paul Simon’s distinguished music career spans six decades and includes twelve Grammy Awards. Three of these award-winning albums – “Bridge Over Troubled Water”, “Still Crazy After All These Years” and “Graceland” were also albums of the year.  He has been inducted into the Rock n’ Roll Hall of Fame both as a member of Simon & Garfunkel and as a solo artist.

In 2002, he received the Kennedy Center Honors and in 2006 Time magazine named him one of the “100 People Who Shape Our World.” In 2007, the Library of Congress chose to award its inaugural Gershwin Prize for Popular Song to Paul Simon. The aim of the award, as stated by the Library of Congress, “celebrates the work of an artist whose career reflects lifetime achievement in promoting song as a vehicle of musical expression and cultural understanding.”

Of Simon’s many concert appearances, he is most fond of the two concerts in Central Park in New York (with his partner and childhood friend Art Garfunkel in 1981 and as a solo artist in 1991) and the series of shows he did at the invitation of Nelson Mandela, being the first American artist to perform in post-apartheid South Africa. In 1998 Simon’s performance on center field at Yankee Stadium celebrating the unveiling of Joe DiMaggio’s monument is a treasured memory for this lifelong Yankees fan.

His philanthropic works include the co-founding, in 1987, of the Children’s Health Fund (CHF) with Dr. Irwin Redlener. CHF donates and staffs mobile medical vans that bring health care to poor and indigent children in urban and rural locations around the United States. He performs many concerts annually for numerous charities and humanitarian organizations including Autism Speaks, The Nature Conservancy, CURE/Citizens United for Research in Epilepsy and Joe Torre’s Safe At Home Foundation, to name but a few.

Mr. Simonspoke to a capacity crowd at Battell Chapel from 4:30 - 6:00pm on April 5, 2016.  He then attended a small dinner in the Penthouse room of The Study Hotel at Yale with 14 invited guests that included students invited by Ms Emma Simon, the Dean and Master of TD College, and the Associate Chubb Fellows.  Mr. Simon departed the dinner at 9:30pm.